When Big Al finished his 2015-16 season, he said that he hoped to return to the Hornets and finish his career in Charlotte. However, when free agency arrived, the franchise went in another direction as The Postman headed to a state where basketball is a lifestyle.

On July 8, the Indiana Pacers announced the signing of Big Al—and the Mississippi native said that he had found a new home in Indianapolis.

“When I actually got the call I thought, wow, I guess my gut feeling was right,” Al said. “I didn’t talk to nobody (else). It was just Pacers. At this point in my career I’ve put myself in a position where I can go where I want to go as far as what’s best for me, and for winning. For me, no other team out there (was a better fit).”

Big Al went on to play two seasons with the Pacers, ending in two consecutive playoff appearances. In his first season with the team, Big Al played in 66 games, averaging 8.1 points and 4.2 rebounds in a pivotal reserve role.

In year two in Indiana, No. 25 assumed more of a mentor role, helping guide a new, young roster — comprised of rising stars Victor Oladipo, Domantas Sabonis and Myles Turner — to a playoff berth and a near upset of the eventual Eastern Conference Champions, the Cleveland Cavaliers.

Pacers President of Basketball Operations Kevin Pritchard knew more than anyone that Jefferson’s value during that season went beyond the box score.

“You look at him and he’s not playing much but the influence he has on our team is gripping,” Pritchard said after the trade deadline. “He really has the team’s ear. I didn’t want to take a player like that off our team and out of our locker room.”

Big Al’s influence helped young players like Sabonis adjust quickly to the NBA game and have a successful rookie campaign, which contributed to a surprisingly successful season for the Pacers after trading away Paul George.

“He always tells me things like to attack quick,” Sabonis said during the season. “He says I’m a lot quicker than the other guys, so don’t always be banging into someone. If he sees a particular matchup, he’s probably guarded that player a lot more than me, so he tells me what will work.”

In the 36 games Big Al played, he proved he was still an effective piece, averaging 7.0 points and 4.0 rebounds in those appearances. The Pacers entered the playoffs as the fifth seed but found a tough matchup in LeBron James and the No. 4 seed Cavaliers. They lost to the eventual Eastern Conference Champion Cavs in seven games in the first round.

That series also marked the quiet end to Big Al’s NBA playing career. He went on to play a short stint in China before returning to the U.S. where he was ready to call it a career.

“When I left Indiana to go to China, I kind of knew that was going to be my last run. I just wanted to get that out of my system and play at a high level,” Al said. [It]  didn’t work out for me. When I came home, I decided to just hang it up and be good.”

He got a phone call from the recently formed summer league, The BIG3, run by Ice Cube and jumped at the chance to play a different brand of basketball.

“When somebody told me I could play half-court basketball at a high level, that was my game,” he said. “Sign me up.”

It was a match made in heaven — Big Al and the BIG3.

In his first year in the 3-on-3 style hoops league, Big Al was assigned as a co-captain to the expansion Triplets and along with fellow NBA vet Joe Johnson, helped the Triplets take the league by storm. Over the course of eight games, Big Al scored a total of 75 points, second on the team only to Johnson, while shooting 57 percent from the floor. He added 40 total rebounds and a team-high 5 blocks.

The Triplets cruised into the postseason as the top-seed and defeated the 3-Headed Monsters and Killer 3’s in succession to win the 2019 BIG3 Championship, Big Al’s first basketball title since high school. 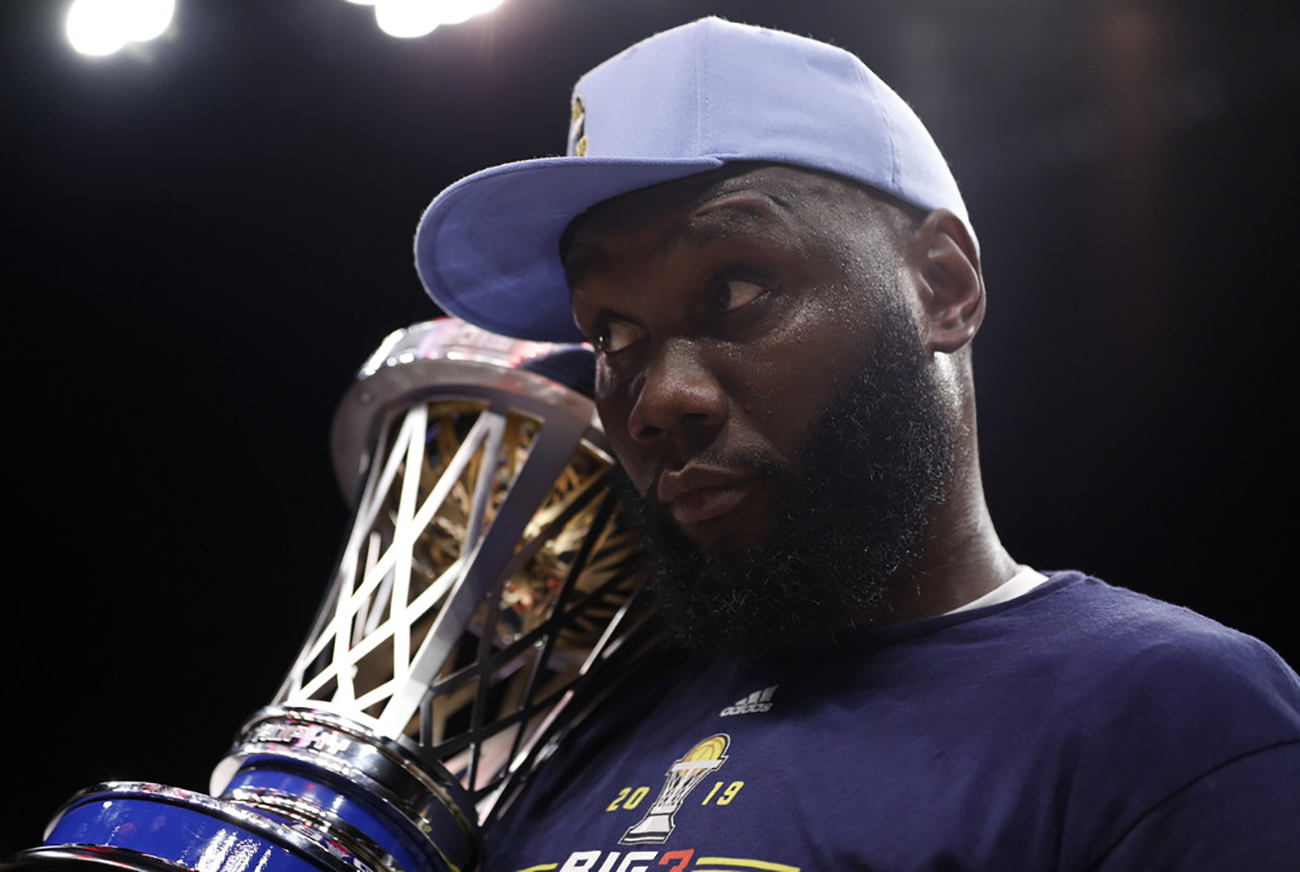